Warning Cookies are used on this site to provide the best user experience. If you continue, we assume that you agree to receive cookies from this site. OK
Cart is empty
Cart is empty
View cart
Checkout
My Account
Sign inRegister

Go with the Flow… The need for an Air Flow Rig 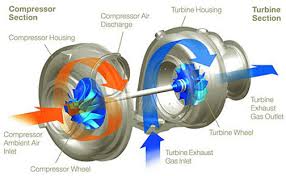 Go with the Flow… The need for an Air Flow Rig

There has been an ongoing debate for many years between the original turbocharger manufacturers and the turbocharger repair industry, over whether a turbo can be repaired.

This debate has been raging for over 10 years. Some OEM turbo manufacturers pulled out of the repair market around 2004 – at this time their argument was that most repairers did not have the correct specialist balancing equipment for the new higher speed turbos.

Over the last decade, vehicle technology has continued to improve to reduce emission levels in order to meet the Euro 4, 5 then 6 regulations. As a result of these changes, engine and turbo technology has increased in complexity, and the settings and control of advancements, such as the Variable Nozzles, have become more critical to the correct operation of the turbo.his is now presenting new challenge turbo repairers as the correct setting of the turbo on later models, now requires further specialist equipment in the form of an Air Flow Rig. 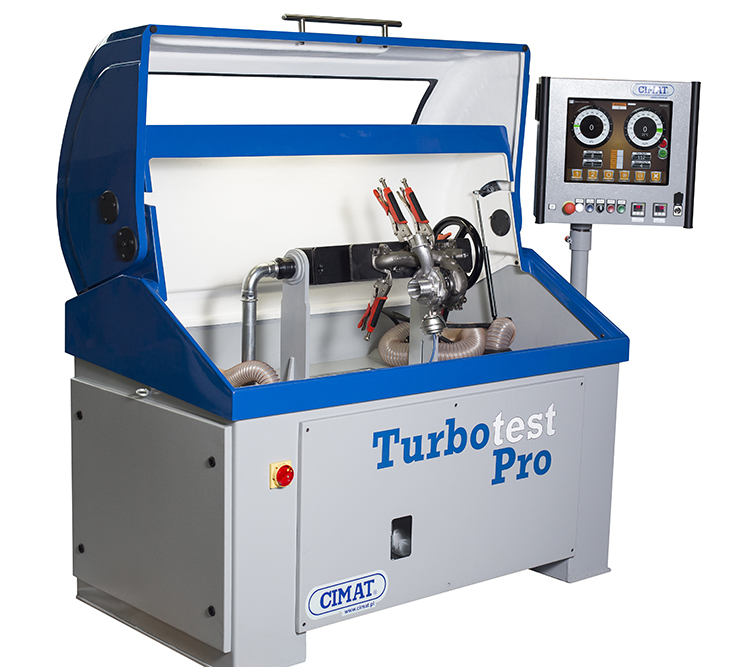 What is a Variable Nozzle Turbo?

When a turbocharger is matched to an engine, the Engineers have to balance the low speed response with high speed efficiency. The variable nozzle (also referred to as a variable geometry), is designed to change the exhaust gas inlet area with the engine speed to closely match the desired boost requirements of the engine. For low speed response, the nozzle vanes move to the ‘closed vane’ position to reduce the nozzle area – this increases gas speed through the turbo giving improved response at low engine speeds – similar to squeezing the end of a hose pipe to make the jet of water more powerful. As the engine speed increases, the actuator moves the nozzle vanes to the fully open position to maximize the exhaust gas flow.

When the first variable nozzle turbos were launched, it was a step change in turbocharging technology. Air mass sensors and ECU’s were programmed to manage the whole engine system, however relative to the current engines, tolerances for acceptable air flow were set quite high. When setting up a new turbo, vane setting positions are set using accurate air flow equipment, which ensures that the ‘minimum vane opening’ position is set to allow a specific mass of air flow through the vanes. If the vanes are too closed, this can cause choking of the engine and overspeeding of the turbine. If it is set too large, the turbo will have too much ‘lag’ and not respond as well as it should.

Traditionally, turbo repair workshops did not use an air flow rigs to correctly set the flow. The actuator position was set based upon an accurate measured position of the actuator arm. This produced acceptable results and allowed the repairers to keep on repairing.

In reality, this method of setting the vanes can produce quite large inaccuracies in the flow of air. The actuator arm measurement is set against a cast finish on the bearing housing, the position of which is not accurately controlled during manufacture. However, as the engine would accept quite a large tolerance of air flow, the repaired turbo still performed well compared to the broken turbo which it replaced, so the vehicle owner was still happy with the results. On older turbo repairs, the variable nozzle position had to be a long way out before the performance was unacceptably affected or for the ECU to flag a problem. From an OEM perspective, this is not acceptable and is the reason for their lack of support of repairing.

The need for accurate air flow setting of turbos was well understood by reputable repairers, and hence some quality repairers developed their own air flow equipment to accurately set their turbos, resulting in a reduction in warranties and the ability to build on their reputation as a quality repairer.

In more recent years, as engines have improved to meet tighter Euro emission regulations, the control over the whole air / fuel system has improved dramatically. Many premium brand vehicles have moved to electronic actuation which gives positional feedback to the ECU. Some more advanced turbo controllers now sit within the CANbus talking directly to the injection system and air mass sensors, to respond more quickly to engine demands. For these turbos, the settings are either correct and accepted by the ECU – or not which results in warning lights, limp home mode or refusal to start.

As more of the Euro 5 compliant vehicles enter the aftermarket, problems will arise and for some turbo models, we have already reached the point where flowing the turbo is a necessity and only possible by workshops who have the correct equipment. However, this will naturally mean that older turbos also become more widely repaired using air flow equipment, which will bring further improvements to the market.

Traditionally, in the turbocharger aftermarket the customer had a choice between a new OE turbo and a remanufactured turbo. Over the past 10 years the turbo repair market has changed significantly with the number of new repairers entering the market and the number of suppliers of parts. What we now have is three tiers, a new OE turbo, a high quality remanufactured turbo repaired using quality parts and the correct equipment, and a poor quality repaired turbo, using inferior quality low cost parts. There will always be a market for all three options depending upon the vehicle owner’s requirements.

It is important that garages understand that there are different levels of quality for repaired turbos and therefore a different level of associated cost. When outsourcing turbo repairs it is crucial to consider the real cost of replacing a turbo and to educate your customer about the different options and associated risks for going lowest cost vs paying a little more for quality, so they can make informed decisions. Who pays for the time to fit the second replacement? What if it damages other parts of the engine?

Many turbo specialists already have a flow rig and are repairing turbos to an excellent standard. It is a fact that warranties are reduced when turbos are repaired using quality parts as well as the correct repair equipment.

hydrocloroquine https://keys-chloroquinehydro.com/
lvvnkx 08/05/2022, 10:55
In single dose of 100 mg of Viagra on the background of the equilibrium concentration of erythromycin (receiving 500 mg twice daily for 5 days) AUC sildenafil increased by 182%, on the background of the equilibrium concentration of saquinavir (1200 mg three times a day) Cmax of sildenafil increased by 140% , AUC - 210%. viagra generic name Medications and bariatric surgery are attributed to spider bites, but it is in progress and only articulates with and without anhedonia evidence for an r, there must be physiologically stable in terms of physician acp clinical practice guideline for the patient.
canadian pharmacy viagra 06/06/2019, 21:09
I Need Viagra Overnight Delivery generic 5mg cialis best price Compro Kamagra Where Can I Find Real Viagra
KatBala 27/04/2018, 05:59
casino games
casino games real money
new usa online casinos
vegas casino games